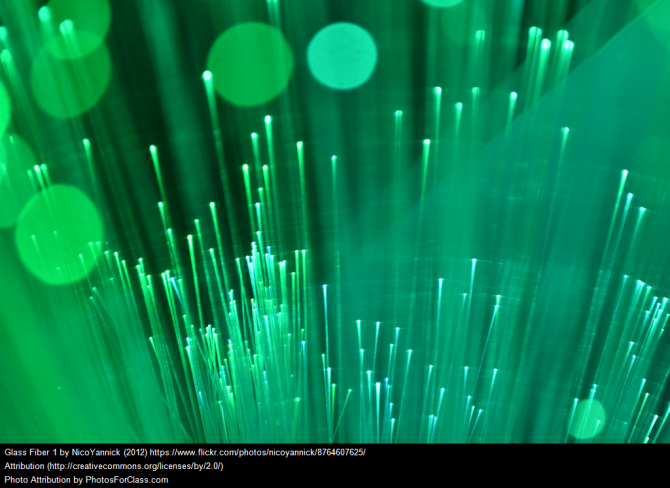 I don’t want to frighten you, but Germany’s big trademark “Made in” is blurring in the digital world. Not only glass fibre connections are very rare, the country is also very slow in connecting those cables. The median connection speed in GER is 8,7 Mbit. The gap to the US (11 Mbit) isn’t much, but South Korea and their 25,3 Mbit are shaming every other country, too (you can find more background information on that in the fab “Netzökonom” blog).

Just to illustrate Germany’s slow move towards faster internet (what this means for business will be discussed just below), even the fancy co-working space “Betahaus” in Hamburg nearly negotiated for almost a year to get a stable and fast connection for their paying freelance customers. What’s putting on the brake is the fact, that running glass fibre connections often means heavy underground working, which most communities and residents don’t like (this behaviour is also common in other infrastructural and environmental issues in Germany – for instance in saying yes to a new electrical era, but in blocking power cables in front of private-owned properties). The former state-owned telco “Telekom” is also lobbying for slower, but cheaper VDSL connections and wants to exclude their competitors on the last mile (http://www.taz.de/!5250591/).

This backward behaviour could result into yet another massive exodus of common people like me and other well-trained talent towards more digitalized and much faster (data) havens. With the next election two years away, no immediate change can be reached within the political sphere. Startups and entrepreneurs might well step into that arena, but are also hindered by the liability for interference for public Wifi networks. So yet again Google, Facebook and other US companies are likely to come up with a solution, which might save Germany’s economic future, but will cost the country a lot of revenue and data: The big internet companies are currently thinking about balloons or even satellites, which will bring fast connection speed to remote areas (mostly in Africa). In the end, Germany could benefit from those ideas.

But what will 2016 bring? We might see German surgeons performing a difficult operation via the internet – probably in South Korea or somewhere else in Asia. In Germany, the lobbyists are happy to talk about “Industry 4.0” and their plans to digitalize factories and plants. This does in fact sound good, but what’s troubling that the leaders seem to be incapable of thinking-outside-the-box (the national IT-Summit in Hamburg in 2014 produced – yes, ideas for the dyeing media industry – and nothing new). So where can we draw our hope from?

Well, in my case it’s good old “Moore’s Law”. Soon (or in Germany: later) new ideas and products based on a fast and open internet will emerge. The only question will be if enough German entrepreneurs will recognize these developments and adapt them onto the national market (Rocket Internet is quite good at that). It would be cool, if society and politics could soften the disruptive blow, which is about to hit every major industry in Germany (Volkswagen got lucky with their own scandal and are trying to get ahead of the pack again, but Google, Apple, BMW and Mercedes have already put a lot of space between them in race for automotive digitalization), so we don’t only need to hope for creativity and Gründergeist…

Please join the discussion on points I’ve made and/or missed/overlooked. You can find us on Twitter and Facebook!