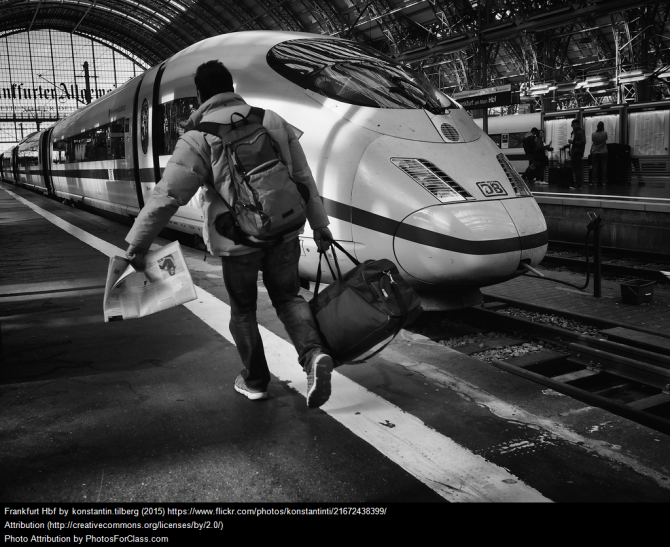 Weather forecasts are usually shit and so are glances into the crystal ball. But before everybody returns into his or her childhood homes to meet families and friends, here’s the Medienlotse’s three-party essay about current development and discussions in Germany’s digital world.

Social
Being a big fan of Twitter, this obviously brief journey through the German digital sphere, will start here. Among other countries (including Turkey, Brazil and Indonesia), the largest economy in Europe is on Twitter’s top list. Around 3m people use the service more or less frequently, but are far outweighed by logged-out or syndicated views of the Twitter timeline, pushing the total number of users close to 30m and within reach of Facebook. Knowing that, Twitter focuses on growth in their top markets and has just hired new employees for exactly that purpose at their Berlin HQ. The Snapchat-inspired Twitter Moments (editors aggregate public tweets into a story which can be viewed seamlessly on mobile) is scheduled to launch in January and add more to Twitter’s desirability. The company will also benefit from the UEFA Euro 2016 Football tournament and the Olympics in Rio, Brazil.

Facebook, on the other hand, remains the biggest network platform in Germany with 28m users. Most marketers and big company deciders now (roughly) know how to use the platform, but lack truly digital insights (Betahaus co-worker Ryan McLoughlin wrote an interesting cultural observation why Germany is 2-3 years behind the US: https://www.linkedin.com/pulse/germanys-creative-struggle-culture-versus-advancement-ryan-mclaughlin) Even big brands do only extend their TV campaigns with just two or three posts (often the ad itself and a making-of) onto Facebook. But why is that? Most agency heads shape themselves as avid digital learners when appearing in public and do frequently lure young talents into their realms. So the digital reticence has to emerge from another level – probably the directors. Always busy, they hardly had the time to use the networks platforms themselves or shied away from selling new technology to sceptical clients. In contrast, US agency heads are keen to build a case around every new digital service and lure potential clients into their arms. 2016 will see an ongoing struggle between clients’ needs and agency ideas for Facebook.

WhatsApp – another Facebook company – rivals its mother in the number of users in Germany, but suffers from non-existing advertising opportunities. Nicknamed the “hidden network” for its lack of sharing content elsewhere on the web, the app is even popular among dedicated Facebook haters in Europe’s heartland. In the future, WhatsApp could remain an ad-free haven for peer-to-peer communication, whereas the Facebook Messenger (another app from the Zuckerberg empire) evolves around user communication towards services and brands. David Marcus, vice president of messaging products at Facebook is keen to push the messaging app into an all-encompassing platform – where you can order pizza and buy cinema tickets like users in China can already do with WeChat/Weixin. E-Commerce outfits in Germany have to watch the developments in the Facebook ecosystem closely, but needn’t to be horrified, too. Most can be gained from the logistics sector and the delivery within the last mile. If the Otto Group would sort out business with its daughter Hermes, Zalando and Amazon could be left behind for some time.

Snapchat is the last destination in our brief journey through the social part of the digital sphere in Germany. Facing similar problems like Twitter in attracting new adult users to the platform, boss Evan Spiegel added to Snapchat’s challenges in voicing his concern for traditional online marketing, „where you see ads for a product you bought days ago“. On the other hand, his company has already pushed Twitter and Facebook into thinking about journalistic curated services: Snapchat stories contain several „Snaps“ (Pictures with emoticons, drawings or sound) and are used by sport clubs and city marketers. US brands already seized the opportunity to reach a younger audience during the 2014 Super Bowl and are rumoured to have paid 500.000-750.000 $ for an ad, which was only visible for 24 hours. Domestic growth in Germany is fuelled by YouTube stars, who flock to the new service and already generate up to 100.000 views per Snap. More and much faster Snapchat growth can be expected if the app is able to come out of the teenager and hipster niche and offers a better UX to new users.

To sum up, digital innovation in Germany will again stem from US companies and their platforms. Most journalists might see this as another threat from across the Atlantic and continue to publish digital-sceptical articles. Companies urgently need more digital expertise (maybe from external consultants like me), but are afraid to trust their agencies, who face similar challenges.

“The State of Digital in Germany 2016” continues the day after X-Mas.
Please share your thoughts in the commentary section or our digital channels!