Being a founder is never easy. First, you need to convince others of your crazy idea, find funding and work hard on your personal skills, including pitching, leading, recruiting and executing. When having survived the first crucial phase of building the first prototypes of your product and winning the first clients, you might start to enjoy some media or peer attention. But what happens, when the first curiosity of the public fades away? You will then need a communication strategy and a new story to tell. 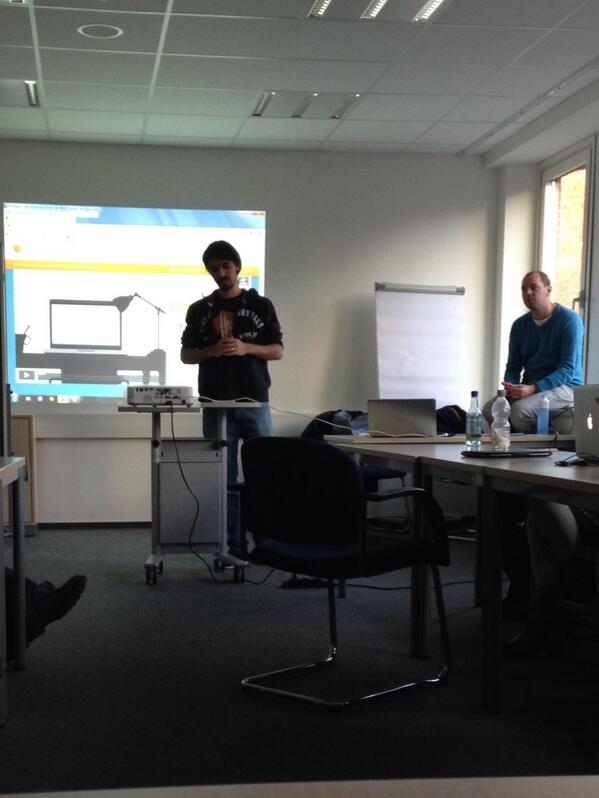 Hard work is often difficult to explain to others. Ali Jelveh, founder of the hard/software startup Protonet from Hamburg, Germany, said in a workshop organized by the Medienlotse at the HAW Hamburg: “There’s not one single ingredient for our recent success. It was a combination of very different measures”. From his initial idea it took the Iranian-born Jelveh seven years to achieve what he calls “the first step in my plan to revolutionize the world of data and the cloud”. After having won a then-record €200.000 in just 48 minutes on the crowdinvesting platform Seedmatch in 2012, Protonet enjoyed massive media attention, thanks to the whistleblowing of Edward Snowden this summer.

In the following weeks, the team was idolized by top media around the globe, including the New York Times, Guardian and just featured twice live on Germany’s top  late evening news programme “tagesthemen”. A year before all that, the team consisted of only six members, who worked in a co-working space. Twelve months later, Protonet has grown to a staff of over 20 and moved into their own office space above the Makerhub, a café run by Jelveh’s wife, Seda. The lead to the TV crew came by a satisfied customer and after the screening Protonet’s server went down due to the high demand.

Even more important than the TV coverage was a very different communication tool. Being asked how important storytelling was for the recent success of Protonet, Jelveh hesitates just a second and then says: “70 percent”. Counseled by a fellow Betahaus company, Three-Headed Monkeys, Jelveh and Protonet were able to find the right tune for their Seedmatch video. Using classic storytelling techniques, like visualization, chapterisation and highlighting the team was able to generate the first buzz. In the following months, the results of the storytelling workshops helped Protonet to find their public voices. This made it easier to communicate with clients and the public. In the end, the simple message of “the easiest server of the world” and “all advantages of the cloud, without the disadvantages” was one step to win worldwide media attention.

But the work for Jelveh hasn’t stopped there, it has just begun. In his first Protonet pamphlet from 2007, written in just one night after a heated discussion about the world with his fellow flat share lodgers, the former XING developer had predicted to have sold 500 nodes by the end of 2009. Four years on, the count is at 160, but Jelveh is convinced, that Protonet will reach his magic number next year. “We have only just begun to understand our marketing and are currently looking for distribution partners”, says the Chief Revolutionary Officer, who is rumored to work on a mobile and/or B2C Protonet version.