In a follow-up to my recent article about the commercial impact of the “50+1“ rule on the earnings and turnover of the clubs in the German Bundesliga, I will try to examine the domains where the Deutsche Fußball-Liga (DFL) has to become active soon, if they want to avoid losing ground to their competitors from the other four top football leagues in Europe (Spain, UK, Italy, France) again. Having demonstrated that the DFL teams earn much less per fan than in any other league and that officials fear to lose sponsors if fees are heavily increased, they have to look for other opportunities to close the commercial gap. 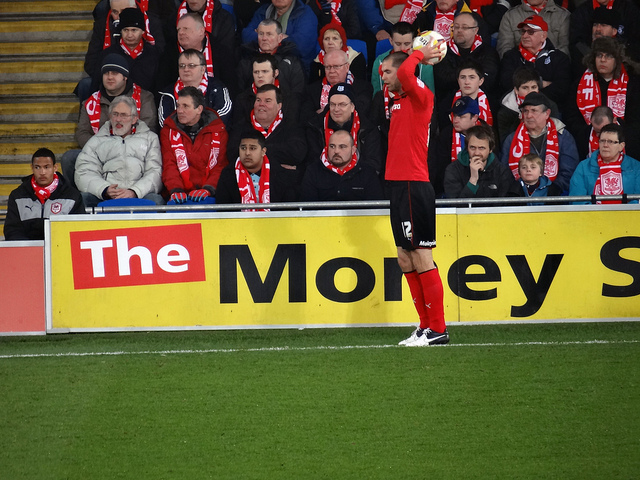 New TV markets
One of the biggest disadvantages the DFL suffers from is the lack of TV revenue from foreign countries. The Premier League is said to earn over 500 million €/year, whereas the Germans started aiming for 100 to 150 million €/year. This means, that the commercial gap towards Britain will be sustained for some more time. Back in the summer of 2013, Dr. Jan Lehmann, Head of Strategic Marketing for the DFL, had his plans outlined during the SportMediaSummit in Cologne: Like in a basic university marketing class his team had identified five operational areas, including product, b2b-marketing, b2c-communication, digital and local events. In another step 30 markets were analyzed and now Brazil, USA, Poland, Russia, Turkey, China, Japan, India, Malaysia and Africa (Kenia, Nigeria, Ghana South Africa ) are in the focus. In October it was announced that the DFL agreed to sell the TV, Internet and Mobile rights to 21st Century Fox, including for North/South America, Asia (except India) and Italy, Belgium and Netherlands. It is rumored that Murdoch pays up to 140 million €/year. DFL content could already be watched in most countries, but Fox brings in a bigger reach for the future.

Medienlotse verdict: Good job. Within months the DFL has doubled their income from foreign TV rights. Like good merchants the officials raised no false hopes and fulfilled their proposals quickly and silently. But the drawback could lie elsewhere – probably in the long contract period until 2019/2020. The technical shift has proven to be very fast in recent years and the DFL has to rely on the creativity of Fox to win new fans abroad – otherwise they will remain on the sideline.

Digital markets
Keeping in mind that younger audiences watch less and less classic TV, the DFL has to find other ways to reach their target groups. Lehmann hinted in the summer that the negotiations with YouTube were heading in a good direction and very soon BestOfs, Behind-the-scenes and highlights of German football matches might be streamed via the video network. Talks with Twitter have been more difficult and Lehman outed himself as a fan of NBA video content on the micro blogging network. Additionally, the DFL will soon launch its own Instagram account – another very much neglected channel by most Bundesliga teams. Unlike their counterparts at the clubs, the DFL officials seem to know that they won’t make any serious money with their digital efforts soon. Possibly classic strategies like sending teams abroad for friendlies, selling merchandise and winning new sponsors will be around for much longer than digital advocats might wish.

Medienlotse verdict: Unlike decision makers from other industries, the DFL seems to know exactly what to expect of the digital age. Lehmann’s praise for Twitter and YouTube might turn into creative formats soon. It’s a pity that German users won’t see much of the international content and need to turn off their geoblocking. The DFL is certainly no first digital mover, but a clever 21st century strategist. But they could be more liberal in their home market and allow clubs to use content for live-game-entertainment, which is reserved for Sky exclusively.

Brilliant strategy or big bet?
Only the future will tell if the DFL’s strategy is proving to be brilliant or turn out as a big failure. At the moment, the long-term outlook looks good, even if the Premier League will stay football’s cash-cow for the next years to come. In combination with the low ticket prices the digital efforts will globally generate new fans for the Germans and add them to the customer lifetime circle. Setbacks could come from the clubs, though. They need to execute what the DFL has designed for them and offer multilingual services, mobile-ready merchandise and ticket shops and come up with some very clever ideas for audiences still miraculously unknown to them. Back in the 90s, one could already see how to win support abroad with a clever signing. Journalists still seem to be surprised when they see hordes of Japanese colleagues roaming the stadiums after each new Asian signing by a Bundesliga club. It might be time that the DFL starts digitally educating the club, but if they would like it is an entirely different question.