As you know, I am very interested about the future of sport and sport marketing. So there couldn’t have been a better fit, when I was invited by Alan Seymour to chair the panel on “Fan Engagement and New Media” during the “Future of Sports” conference at the University of Northampton. In this blogpost I want to share what I’ve learned about the sport marketing future during my days in the UK. 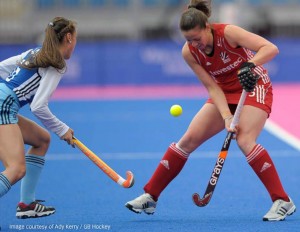 Gamification
Being a trending topic for almost two years now, gamification seems to have gripped marketers on a global level. Roughly said, during gamification fans interact with brands and get rewards in forms of virtual points, which can later be used in stores or signed merchandise. A good example is Fanpower, where football fans are engaged on a 24/7 basis and not just only on matchdays. I expect more and more sponsors to realize the gamification opportunities for their brands. Even more so of the official DFL license Fanpower now holds.

Augmented Reality
Demand and prices for advertising panels are high and new solutions desperately needed. AR offers an interesting solution. The likes of “Mixed Reality Marketing AG” are capable of using a ticket or stadium magazine to offer additional content and thus are creating new potential for sponsors. Imagine sitting in the ground and using the AR technology on your smartphone, when suddenly Lionel Messi or Mesut Özil would appear on your screen with a personal message. Check it out, but be fast about it!

Jersey 2.0
As Bill Sutton described in his tremendous keynote at the conference, team jerseys or kits are in high demand by fans. So why not linking their emotional relation to the clothing with sponsor content? Fans of Tampa Bay Lightning can already use their jersey for discounts in selected shops. Equipped with an RFID chip (which became infamous in Germany pre-WC 2006) the shirts can help sponsors to play a more important role in the fan’s every-day-life. At the moment, the technology seems to be too costly to be implemented on a wider scale, though.

Death of Season Tickets?
What do you do, when you invest time, money and emotion on your team but get almost nothing in return due to bad performances? You might reconsider your decision to renew the season ticket. Bill Sutton thinks that time share models like Hilton Honors will become more popular in the US leagues. More people think twice, before spending three hours at an NFL match and seeing the ball in play for approx. 15 mins only. “Venues, TV operators and the content has to change a lot, if they want to survive” says Sutton. The alternative is to buy a seat location, based on points system to up and downgrade.

Conclusion
The US sport market remains far ahead of other markets in the world, but has created certain individual problems which do not apply to other sports or countries. Emerging sports and young clubs often have no other choice than embracing social in media in order to attract fans, sponsors, money and media. But established clubs and sports need to think more about new sport marketing strategies, including gamification and augmented reality.

I’m happy to help, so do contact me now for new ideas on sport marketing!