“>“Next – Remembering a future without us” at the end of 2011 and since then various angst-fuelled newspapers have jumped on the bandwagon. The last to do so was the British newspaper Guardian with its piece “How algorithms secretly shape the way we behave”. As the Medienlotse will show, algorithms are nothing more than almost toothless digital tigers. 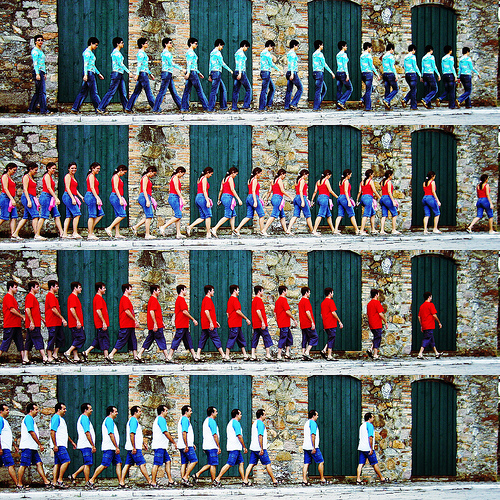 It is easy to raise suspicions by pointing out that algorithms are working in the background, fuelling tiny data-collecting computer programs and showing us only what they think will prompt a click or a purchase. But many companies and retailers still struggle to make sense of the data they collect and therefore seem to put more money into business development than programming of better algorithms. If these ever work right, we will buy books we didn’t know or go to places where we’ve never been before.

One of the biggest suspects in the data-mining business seems to be Amazon. Whenever a user browses to a product page, similar products are advertised. Even worse, articles on the wishlist get more frequent mentions whenever the user visits the page again. But these observations are heavily flawed and superficial. Being a customer at Amazon for almost a decade, I can truly say that algorithms have never prompted me into buying things I didn’t want before. The Amazon algorithm is still so stupid to show things I’ve purchased exactly a year ago. Sometimes I think that lemmings, not algorithms are working in the background.

On another level, Amazon is rather frustrating, than boosting  the further development of algorithms. Having said earlier, that competitors put their money into business development, this is a direct result of Amazon’s threat to most E-Commerce/Retail companys worldwide. The German catalog company Otto would be in fact delighted to think about algorithms, but their website is currently barely stable or even full mobile-ready.

So, where does the algorithm-hate come from, if not from users or companies? I fear I have to point the finger at journalists again. I doubt very much that the majority has had  a as long-lasting relationship with “the big devil” Amazon like the Medienlotse. Especially in Germany it is still en vogue to publish editorials on the cruel web. It’s a shame, that journalists don’t know their trade anymore and only follow the herd led by web-novices like Frank Schirrmacher or Miriam Meckel. Media constantly underestimates the literacy and knowledge of their audience and tends to arrogance when explaining new trends and phenomena. People aren’t half as feared by algorithms than the media moguls would love them to be.

In a better world, algorithms will help us to learn more about the unknown and not put a wall of arrogance around us. If we stay curious and strive to learn, algorithms are little helpers, not enemies. And to make just one thing clear: If we ever find out that algorithms cheated on us (like in Meckel’s book), humans will surely retaliate.