Not only since the London 2012 Olympics or the European Championships in football sports has become a key factor for some of the most prolific global social media campaigns. Hubs, Virals and new website features seem to emerge almost every day. But isn’t one key market segment still missing in my enumeration? Right, what about apps? 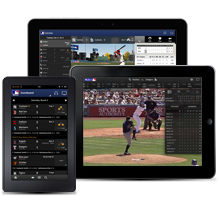 US with a headstart
Whereas European sport providers keep struggling with 3G or LTE coverage in their vicinities, outfits from the US major leagues have shown how far ahead their web development is at the moment. Prominently, with “At Bat” and “At the Ballpark” the MLB showcases two of the better apps for the sports industry and even proves how to earn money.

App classification
Most of the current apps cluster around the core of news, user engagement, gamification and quantified self. Some use their own hardware; others rely heavenly on the iPhone or Android technology. Some are highly innovative; others have already reached a high user engagement. But how will the next best sports app look like in 2013?

Blog parade / Social Media Week
In run-up for the next Social Media Week in Hamburg, Germany in February 2013 I would very much invite everybody around the globe to write a blog article or tweet about  “The 5 best sports apps” or other innovative formats entering the sports business right now. The parade is open until December, 1st 2012.  Please link your article or tweet in the comments below this posting. All results will appear in a special blog post by the end of October. If you are interested in a global collaboration for the Social Media Week on this very topic, please contact me via Twitter @jancrode or e-mail me jcr at der-medienlotse.de