Just a few hours ago the biggest sport event on the planet in 2012 saw its conclusion in an astonishing closing ceremony, which featured UK pop stars Madness, George Michael, Annie Lennox, Fatboy Slim plus Spice Girls. But apart from the athletes’ achievements during the 30th Olympic Games the lasting legacy will be the social, mobile and professional layer of the three-week-festivity.  The Medienlotse takes a deeper look. 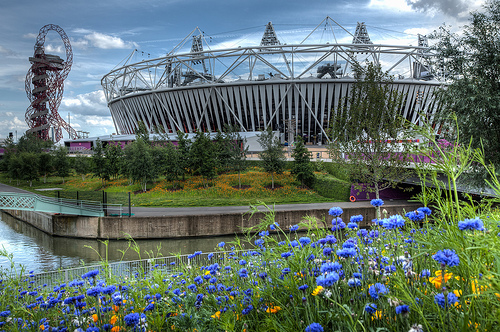 Social Games
Long before the first athletes competed, the IOC decided that the third appearance of the Olympics in London has to become “The Social-Media-Games”. By establishing guidelines and a social media hub the organizers set the pace for all competing NOCs, who also introduced basic rules to their athletes. The IOC also stepped up a gear a week before the Opening Ceremony and announced high-profile social media cooperations with Twitter, Instagram and YouTube. This and the commitment of the Olympic top sponsors also helped to outnumber any protest voiced on social networks. From the athlete’s perspective, the IOC social media claim became also evident. US swimmer Ryan Lochte for instance increased his twitter followership from a mere 150,000 to over a million within a few weeks of competition. The social media usage of athletes who are only in the spotlight every four years might prove soon vital and lead to new media contacts, business opportunities or even sponsors.

Mobile Games
Many commentators seem to overlook that the Olympics have also been mobile games. Long-established media companies like the BBC, EBU or ARD/ZDF from Germany offered numerous live streams to their viewers and waived down coverage on their numerous digital channels. The German inter-trade-organisation BITKOM had estimated that almost one quarter of the internet populace used mobile devices for their individual tracking of the Olympic Games. The LOCOG also played a key part in boosting the mobile usage during the Games: Each sport had its automated twitter account which included latest results or schedule changes. Another example for an excellent mobile case was the Twitter account “GetAheadoftheGames”, which was run by the Mayor of London, London Transport and other mobility suppliers. Many foreign visitors could rely on real-time travel advice throughout the Games. If London 2012 were The Social Media Games, Rio 2016 will truly become The Mobile Games.

Future of Work
Even more overlooked were the changes in the British working culture. Prior to the Games many officials and employers were scared by overcrowded tube stations and other limitations to their daily business imposed by the requirements of the Olympic Games. An estimated 1.5 million workers were asked to go on holiday, move to other offices outside the crowded City or work from home. As FT columnist Lucy Kellaway pointed out, the Olympics had a major impact on office life: Due to staff shortage meetings became more effective, new work routines were established for the home-office-workers and the remaining work force had something shared to talk about. It is very likely that some employees took a fancy to home-office-working during the Games and will soon start pushing their superiors to a more flexible work schedule. Give another five to ten years and the infrastructure of metropolises could change dramatically, when more employees work from home and no longer need to grab a wrap or burrito during their lunch break.

You want to discuss on any of these topics? Feel free to add a comment!